Special Promotion for our Loyal Readers

We are re-releasing our original book, "Reflections on Life with my Master: A Dog's Memoir on Life After Death" with a new cover and updated Afterword information inside! We have reduced the price from $14.99 to just $5.99 during the re-launch period so that our readers can get an updated copy or buy extras for those who may be grieving.

For less than the cost of a nice greeting card, you can give a great book that will heal the grief in a matter of hours. Jack is the best four-legged counselor in the universe, and he can do it in ways no one else can.
Find us on Amazon Worldwide.
Also available on Kindle and in Large Print.
https://amzn.to/2yCNam4 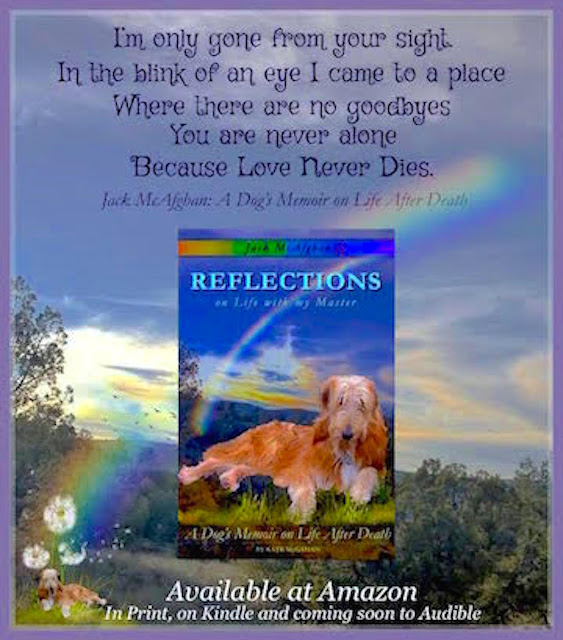 Unleash Me Let Me Go. It's Part of Our Healing. Yours & Mine. 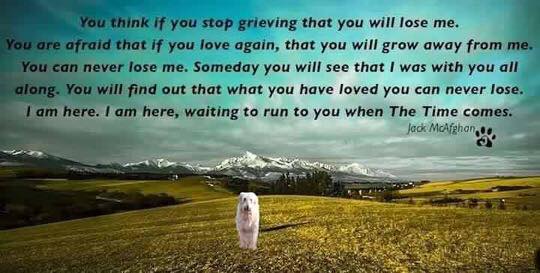 Q: Dear Jack. You talk about letting them go. Not binding them to you with the grief. How do you know when you have cut the leash so that they can run free and have fun?
A: When you are no longer clinging to them. 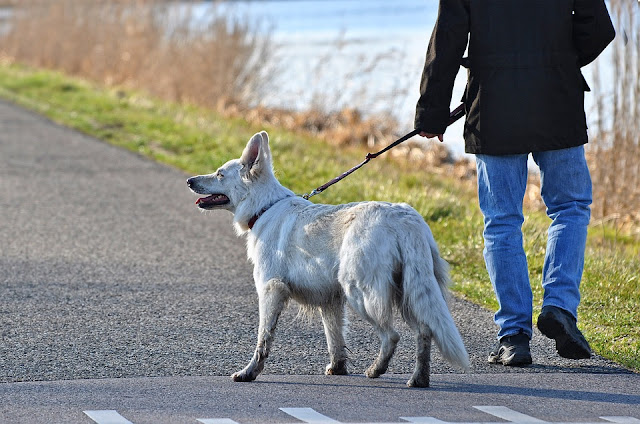 Q: How do you know when you are no longer clinging to them?
A: You are no longer clinging to them when you no longer have pain over them. When you no longer allow yourself to suffer. When you have peace and you can smile when you think of them. When you have accepted that they are now living in another dimension, but living nonetheless. You can still miss them, you can still have tender tears, but it's the pain and suffering about it that must be severed from your being. The pain and the suffering weave together to create the leash that binds. 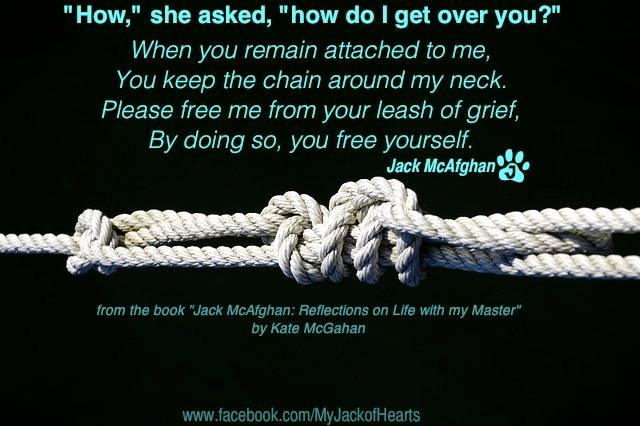 The strength of human will
Is stronger than anything
That can happen to it.

This phenomenon of nature holds true:
As the strongest winds blow
So the seedling is strengthened.

When I think of the wisdom and the resiliency
Of Victor Frankl at Auschwitz,
I am better able to tolerate

The foul smelling woman
Who sits beside me
On the way to Penn Station.

In The Bible Peter showed his faith and he walked upon the water. Until he started thinking about it....when down he went, into the waves of chaos. The chaos of his mind.
Such as it is with dreams and visions that come to you from us in Heaven. In an unexpected moment, you see the one you've been longing to see. Oh you’ve been waiting so long to see me! I am finally bringing you proof that I have never left your side!
You see me when you least expect it, when your mind is not quite fully engaged. I slip through the space in the “tween times” of your thoughts. I am there with you! "Oh Look!" you say, "He is Here!"
You are in awe for the moment. You see me! You feel me!
Then you begin to look at yourself seeing me and feeling me and your mind kicks into gear.
"Am I crazy?" "Is this really happening?"
(Of course it is, it’s happening, isn’t it???)
Very suddenly I begin to fade away. I fade because you question it, like Peter questioned walking on the water. I am fading in the very moment you are saying to yourself, “This can’t be happening.”  In the moment you are denying me.
POOF!  I am gone. Gone again from your sight. Gone again until next time when maybe you have learned what you need to learn to connect with me in a whole new way.  When you have learned to grow through your grief enough to see that there is another way. A way that defies the limitations of earth. A way inspired by faith and trust. A way that's paved with your love for me. A way that makes that love more important than your fears. A way that brings you closer to the miracle that is heaven. A way that is the bridge. Don't you see? It's made of my love for you and your love for me. It's the bridge. It's the Rainbow Bridge.

Read Book 1, "Reflections" where I will help you understand so that we can be together again. Our story is your story too.
Click here. Change your life in a matter of hours: https://amzn.to/2MdPxOb

Read Reflections on Life with my Master to work through your grief.
Read our book The Lizard from Rainbow Bridge to learn recognize the signs. 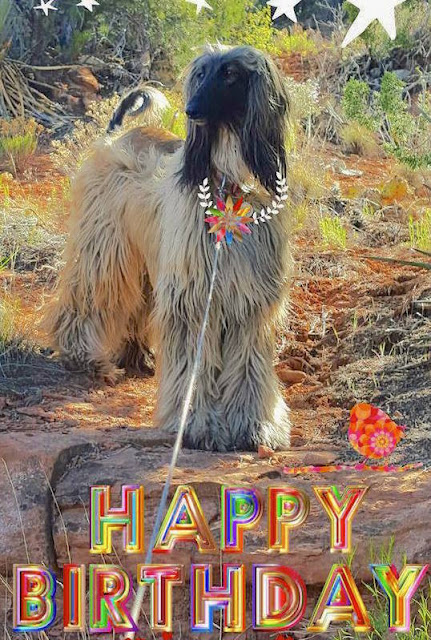 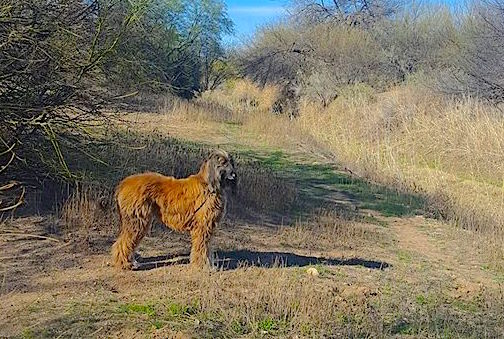 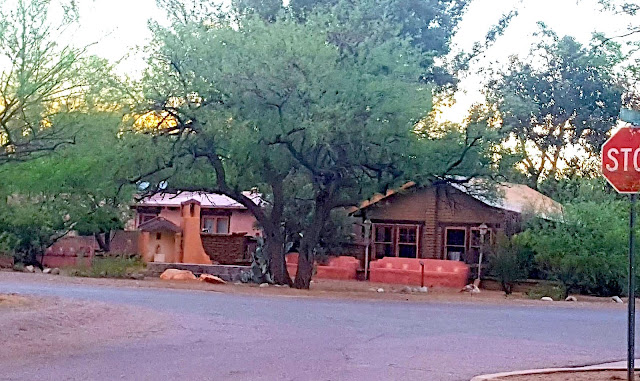 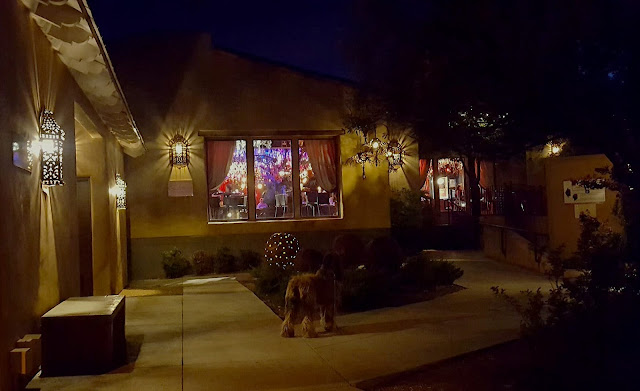 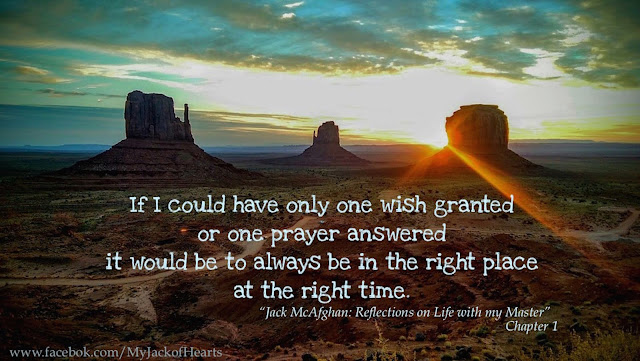 Book Trailer: Reflections on Life With My Master: A Dog's Memoir on Life After Death

View our Brief Book Trailer. Our Story is Your Story Too.
Find the book on Amazon WorldWide!
at 6.6.18 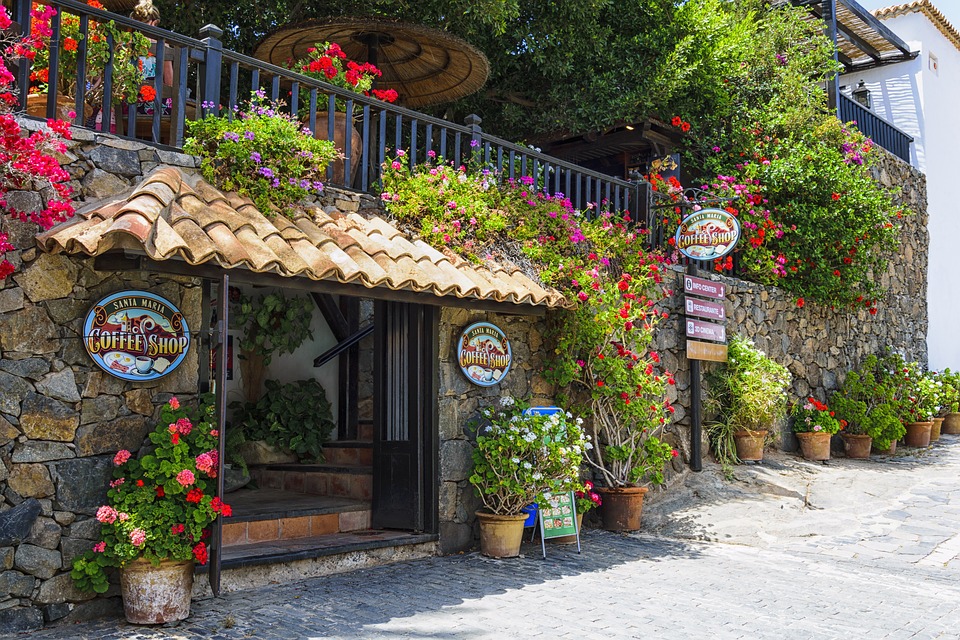 We laugh together over froth;
Aromas of fresh ground sweetness
In the space that divides
You
from
Me.

We ponder and philosophize
On musings most ignore.
Music, research, books and love.

We share and teach
And stretch our minds
To accommodate new vision;
Adding to each repertoire,
Although you know
Much more than I.

It seems we could go on like this
For hours on end had we the time,
But obligations
Break
This spell;
They send you your way
And me mine. 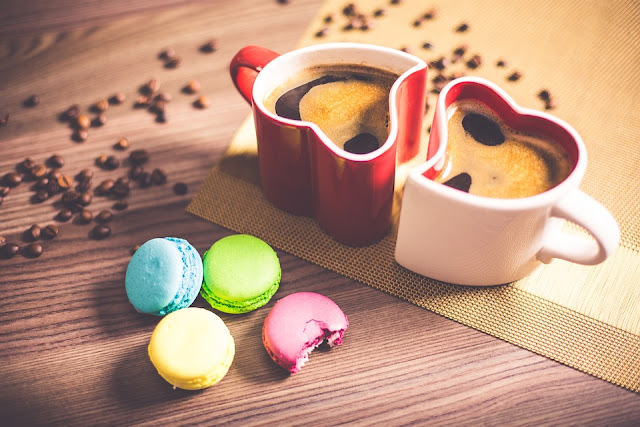