"A Privilege Denied to Many"

One chilly November Friday I went to my doctor's office for an IV treatment.  As I pulled into a parking spot, I saw a very old woman sitting in the passenger seat of the car next to me; she was covered in a big quilt and reading a magazine.  She looked up as I passed by; I smiled and she smiled in return.  Meanwhile I observed her with my eldercare vision, pretty sure she had Alzheimer's/Dementia.

Inside I got settled into my seat and was hooked up the IV.  There was an elderly gentleman to the left of me.  Very likable and cheerful.  I imagined that he was probably a Navy veteran from perhaps WWII or the Korean War or both.  Perhaps, he even belonged to the lady parked in the car outside.

Right on both counts.  WWII and Korea.  His wife with Alzheimer's too.  But this is not about my insight and intuition.  This is about the man who had to put considerable effort into getting up out of the chair just to go into the bathroom --- we were both there for about an hour and a half and during that time he had to get up to go to the bathroom six times, carefully dragging his IV behind him.  He was riddled with arthritis and he was legally blind --and then some. 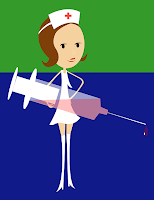 He joked with the nurse at the station and at one point I made a comment to him stating that At His Age he could probably get away with just about anything.  "Yes." he replied "When I do certain things they just say 'Oh there goes that Crazy Ol' Guy again!"  He went on to talk about the fact that he had been caring for his wife with Alzheimer's for nearly 10 years (she was 90).  His only child, a son, was living with them and helped them, but he was going to be moving away in a  few weeks -- he had gotten a job in another state.  The man did not look upon this with bitterness, he was simply glad he had had his son around for this long. 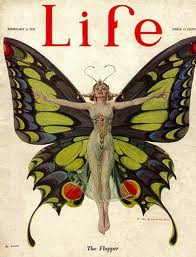 It may be a privilege to get older, yes, (and sometimes we DO need a reminder!)  but it was a privilege to meet this seemingly "ordinary" man in the doctor's office.   I think of him now and again and I hope he and his wife are blessed every extraordinary day.
at 29.4.12