It is said that once upon a time the people of a remote mountain village used to sacrifice and eat their old men.

A day came when there was not a single old man left, and the traditions were lost. They wanted to build a great house for the meetings of the assembly, but when they came to look at the tree trunks that had been cut for that purpose, no one could tell top from bottom: If the timber were placed the wrong way up, it would set off a series of disasters.   A young man said that if they promised never to eat the old men anymore, he would be able to find a solution. They promised. He brought his grandfather whom he had hidden; and the old man taught the community to tell top from bottom. 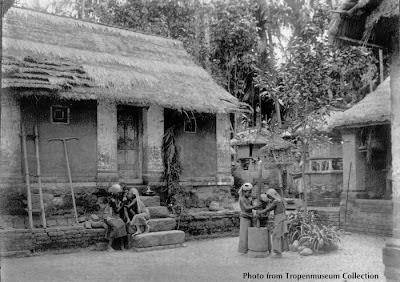